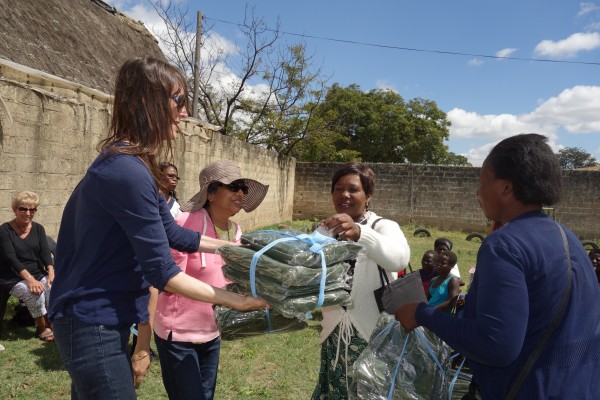 The Power of Love team along with the beneficiary families, would like to say a big “thank you” to you for supporting “Project Mosquito Nets” program in Zambia. Because of your generosity and dedication to prevent malaria, we are seeing a reduction in the incidence of malaria in our communities and with improved health more children can attend school regularly.

Location and Need: Power of Love’s malaria prevention program or Project Mosquito Nets, provides long lasting insecticide treated nets and education on prevention of malaria to children and families vulnerable to malaria in two communities in Zambia. The two communities are: Matero which is an urban location, and Kapiri-Mposhi which is a rural area. Matero is one of the largest and poorest compounds in Lusaka with an estimated population between 350,000 to 375,000. This community is characterized with a high incidence of HIV, AIDS and malaria and an unemployment rate upwards of 65%. Most residents are poor and earn less than $2 per day – defined as extreme poverty by the UN. In addition, many areas in Matero are breeding grounds for mosquitoes, due to water logging and poor sanitation. Kapiri-Mposhi, like Matero, has a high incidence of HIV, AIDS and malaria. It is a rural area about 125 miles north of the city of Lusaka. According to the WHO, sleeping under a mosquito bed net is one of the most cost effective and easiest ways to prevent malaria. Hence, provision of education on malaria prevention and mosquito bed nets is the most effective strategy to prevent malaria.

Over the last ten years we have been able to provide over 25,000 nets and education on malaria prevention to families in Kenya and Zambia. In 2017, we could provide 4000 long lasting insecticide treated nets to children and families vulnerable to malaria in Zambia.

Our vision is to eliminate malaria from Zambia, so that malaria deaths are reduced to zero. This will keep children and families healthy and make the community stronger.

About Malaria and Its Impact

Globally malaria is still a problem even though it is both preventable and treatable. There were an estimated 212 million cases of malaria and 429,000 deaths in 2015 worldwide.  Sub-Saharan Africa continues to carry a disproportionately high share of the global malaria burden - this region was home to 89% of malaria cases and 91% of malaria deaths in 2015. In addition, children under five are particularly susceptible to malaria illness, infection and death. In 2015, malaria killed an estimated 303,000 children under-five globally; however, 96% (or 292,000) of these deaths were in the African region. Moreover, pregnant women, young children (who have yet to develop an immunity to malaria), people infected with TB, older people, and people living with HIV are especially vulnerable to malaria as co-infections rates between malaria, HIV, and TB are very high.

Economic Impact of Malaria: Malaria is the single biggest drag on Africa’s economy with estimated direct losses of $12 billion a year (a GDP growth of about 1.3% per year) due to increased healthcare costs, lost ability to work and effects on tourism. The cost in lost economic growth is many times more than that. If malaria can be eliminated, thousands of lives will be saved and GDP growth will be higher. An increase in economic growth will enable the African economies to spend their own resources to prevent malaria and keep their populations malaria free and healthy.  Overall, there will be huge economic benefits globally.

Is it possible to reduce malaria deaths to zero? The answer is “yes, as malaria is both preventable and curable. Malaria has been eradicated in several countries such as the US, and it is possible to eradicate it worldwide. Over the last 15 years, increased prevention and control measures have led to a 60% reduction in malaria mortality rates globally. According to the World Health Organization, this has been due to the increased use of malaria prevention measures that include insecticide treated nets, indoor residual spraying, and malaria treatment drugs. An estimated 663 million cases of malaria have been averted in sub-Saharan Africa since 2001; however, 69% of the 663 million fewer malaria cases attributable to interventions were due to the use of mosquito nets, and 31% due to drugs and indoor spraying. This implies that sleeping under a mosquito bed net is one of the most cost effective and easiest ways to prevent malaria.

Need for More Nets: Between 2010 and 2015, malaria incidence among populations at risk (the rate of new cases) fell by 21% globally. In that same period, malaria mortality rates among populations at risk fell by 29% globally among all age groups, and by 35% among children under 5. This underscores the need to increase access of nets to vulnerable populations as we have momentum to eliminate malaria and to reduce deaths due to malaria to zero. Increasing accessibility of nets to vulnerable populations especially in sub-Saharan Africa can eliminate deaths due to malaria in the next few years. Let’s not stop now.

Power of Love’s Response to Malaria

With the support and generosity of donors, we have been able to provide over 25,000 nets and education on malaria prevention to families in Kenya and Zambia over the last 10 years. In 2017, we could provide 4000 long lasting insecticide treated nets to women and children vulnerable to malaria in Zambia.

Power of Love’s malaria prevention activities were held in April, May, and September 2017 (though our malaria prevention program is ongoing). The activities commenced with a prayer led by the beneficiaries, and members of our partner organization in Zambia. Several board members from the Power of Love Foundation participated in the event. The attendees included local leaders, health care professionals, and representatives from Churches, community organizations, health clinics, and community members. One of the events was kicked off by a dance from a group of school girls.

Education on Prevention of Malaria: Power of Love’s Project Nurse commenced the health/malaria education part of the activities by giving a short talk on hygiene and health. This was followed by education on malaria prevention and a demonstration on the proper use of nets by health care professionals from the local health clinics run by the Zambian government.  Topics discussed during the malaria prevention education, included:

As per WHO guidelines, health care professionals explained that the best way to prevent malaria was to sleep under a net every night during malaria season. In addition, the Nurse underscored the importance of re-treating nets every six months, which could be done during the Child Health Weeks held in June and December each year. She informed the gathering that government clinics provide re-treatment kits free of cost. The nurse also emphasized the need for keeping nets clean and stored properly. Finally, the Nurse emphasized the importance of preventing malaria while pregnant, as it could be fatal for an HIV+ expecting mom.

Provision of Nets: After the education on malaria prevention and demonstration on the proper use and maintenance of nets, 4000 long lasting insecticide treated nets were provided to residents of Matero, neighboring communities, and Kapiri-Mposhi in Zambia. The Matero compound is one of the largest and poorest compounds in Lusaka with a population of 350,000-375,000. Many parts of Matero are water logged and have sewer ponds, leading to a high prevalence of malaria. A high incidence of HIV and TB in the community, increases the vulnerability of the population due to high co-infection rates between HIV, TB and malaria. In addition, HIV+ pregnant women are especially vulnerable as malaria as it can lead to maternal death, abortion, still birth and low birth weight. Kapiri-Mposhi a rural community about 125 miles north of Lusaka, has a high incidence of HIV, AIDS and malaria too.

Based on feedback from beneficiary families over the last few years, the color of nets was changed to an army green as families indicated that nets white in color nets got dirty and were difficult to maintain. The army green colored nets were provided to representatives of community organizations who will provide them to families in their groups.

Profile of Beneficiaries: Beneficiaries were children and families in Power of Love’s paediatric HIV care,  micro loans, and Safe Park programs and community residents vulnerable to malaria. Identification of beneficiaries was done with the help of several community organizations such as Churches, and government health clinics. Most beneficiaries are HIV positive children, children under the age of five, pregnant moms, women who are breast feeding, and adults who are infected with TB and/or HIV. These sections of the population are most vulnerable to malaria as their immune system is compromised, and because co-infection rates between malaria, HIV and TB are very high. In addition, beneficiaries cannot afford to purchase nets for their families.

Provision of bed nets and education on malaria prevention and proper use and maintenance of nets has gone a long way in reducing the incidence of malaria in our communities. Because of our malaria prevention program, beneficiary families:

A post-distribution study will be conducted in November 2017, to assess the impact of nets on the incidence of malaria and on the health of beneficiary families. This study will assess: if the nets are being used every night, used and stored properly, re-treated every six months, and health of the beneficiary families. Results of past follow-up studies have underscored the need for our malaria prevention program.

Follow-up interviews with recipients indicates that the nets distributed over the last 2-3 years are in good condition and are being used as directed. However, we need several thousand more nets as most residents in our community live on less than $2 per day and cannot afford to purchase a net.

According to the World Health Organization, 90 percent of families with a bed net use it. However, in 2015 only 55% of families in sub-Saharan African slept beneath a mosquito bed net. This highlights a need for an additional 45% of families in Sub-Saharan Africa to have access to nets. Moreover, we should not allow the coverage of insecticide treated nets to decline as a decrease in coverage can lead to a major resurgence of the disease and can reverse the gains achieved over the last several years.

Our plan is to provide 5000 nets and education on malaria prevention in 2018. In addition, we would like to expand the coverage of our malaria prevention program in other communities in Zambia. We are confident that as more families use insecticide treated nets in the coming years, there will be fewer cases of malaria and that deaths due to malaria will be reduced to zero.

Thanks for your caring and dedication to prevent malaria in Zambia. 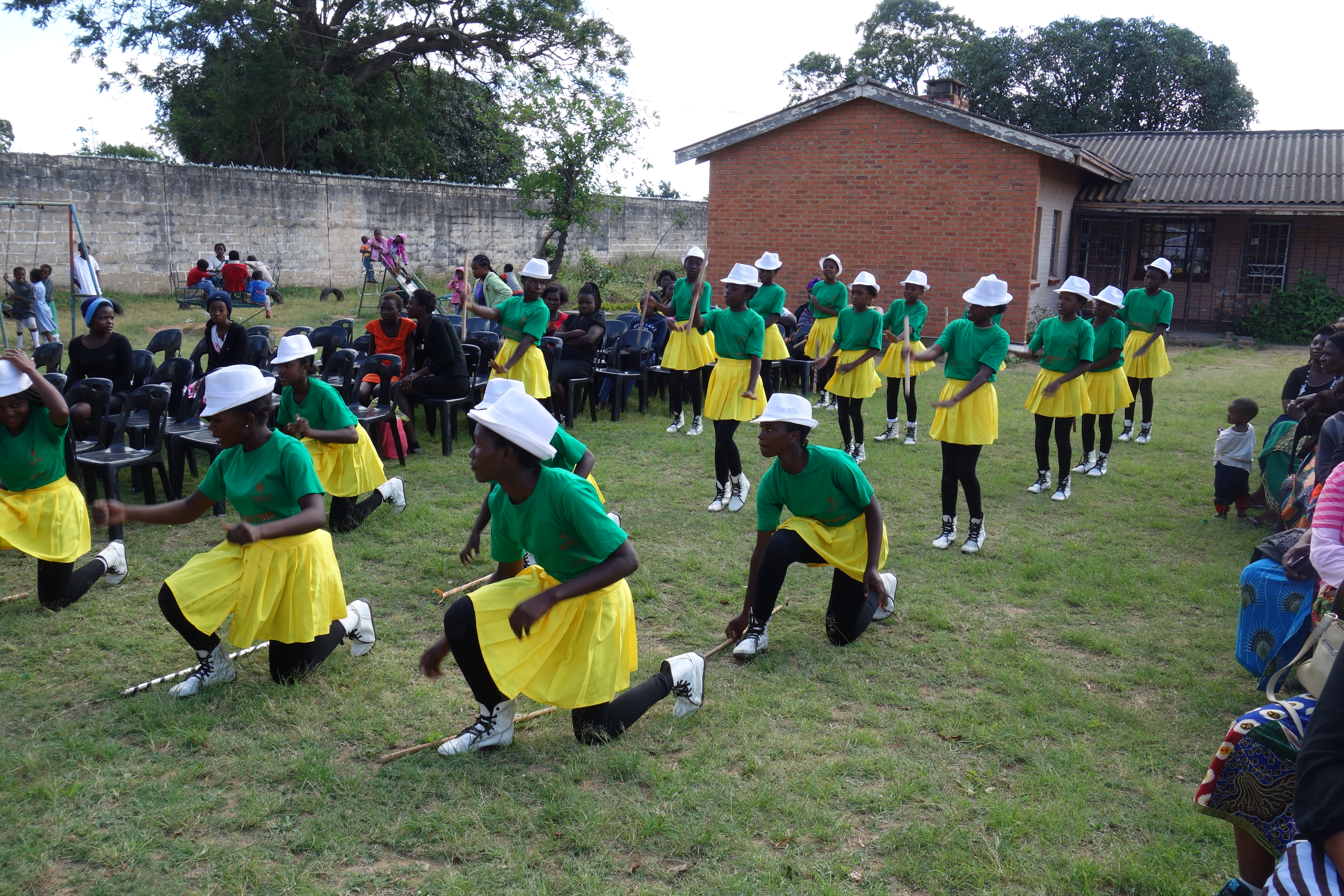 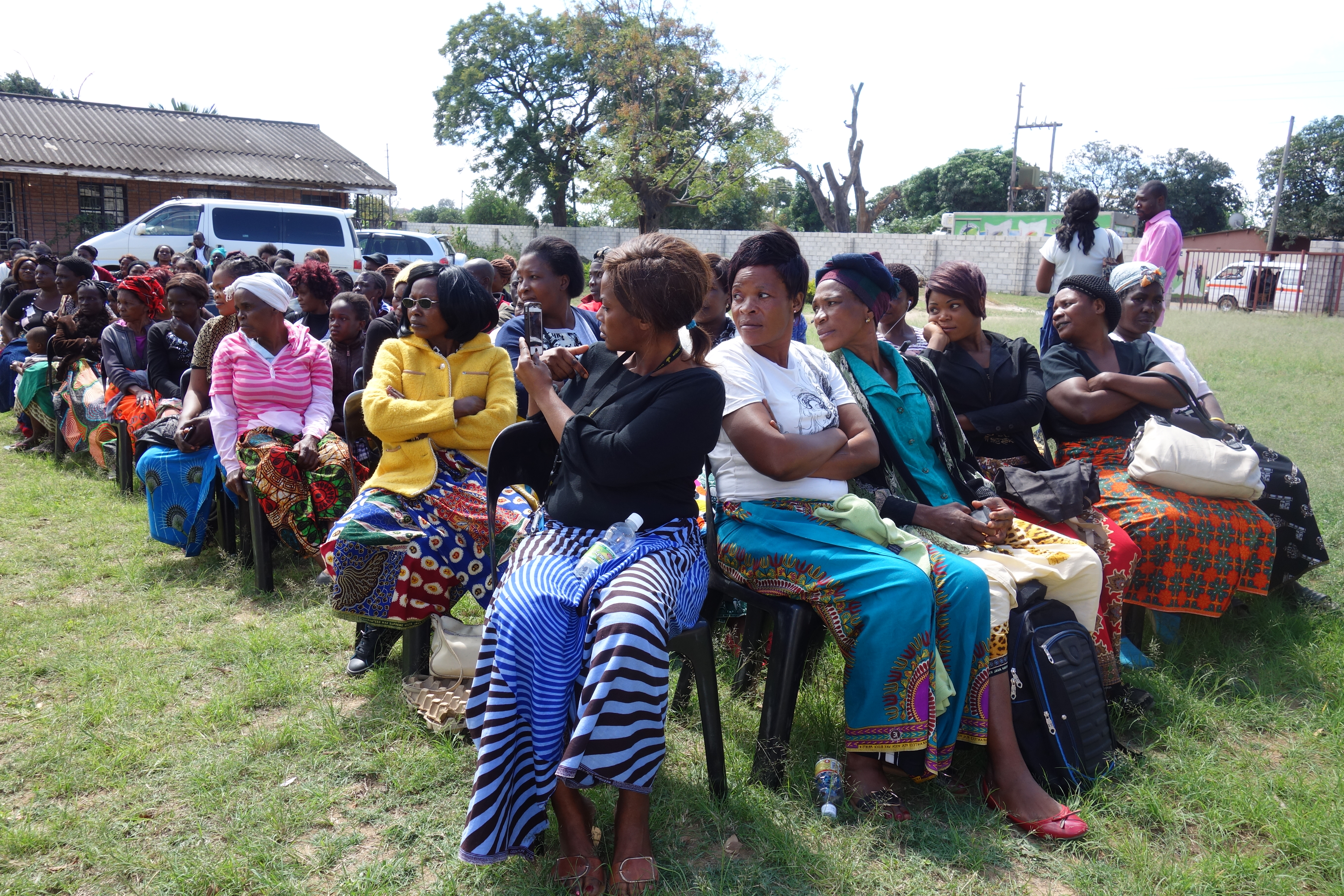 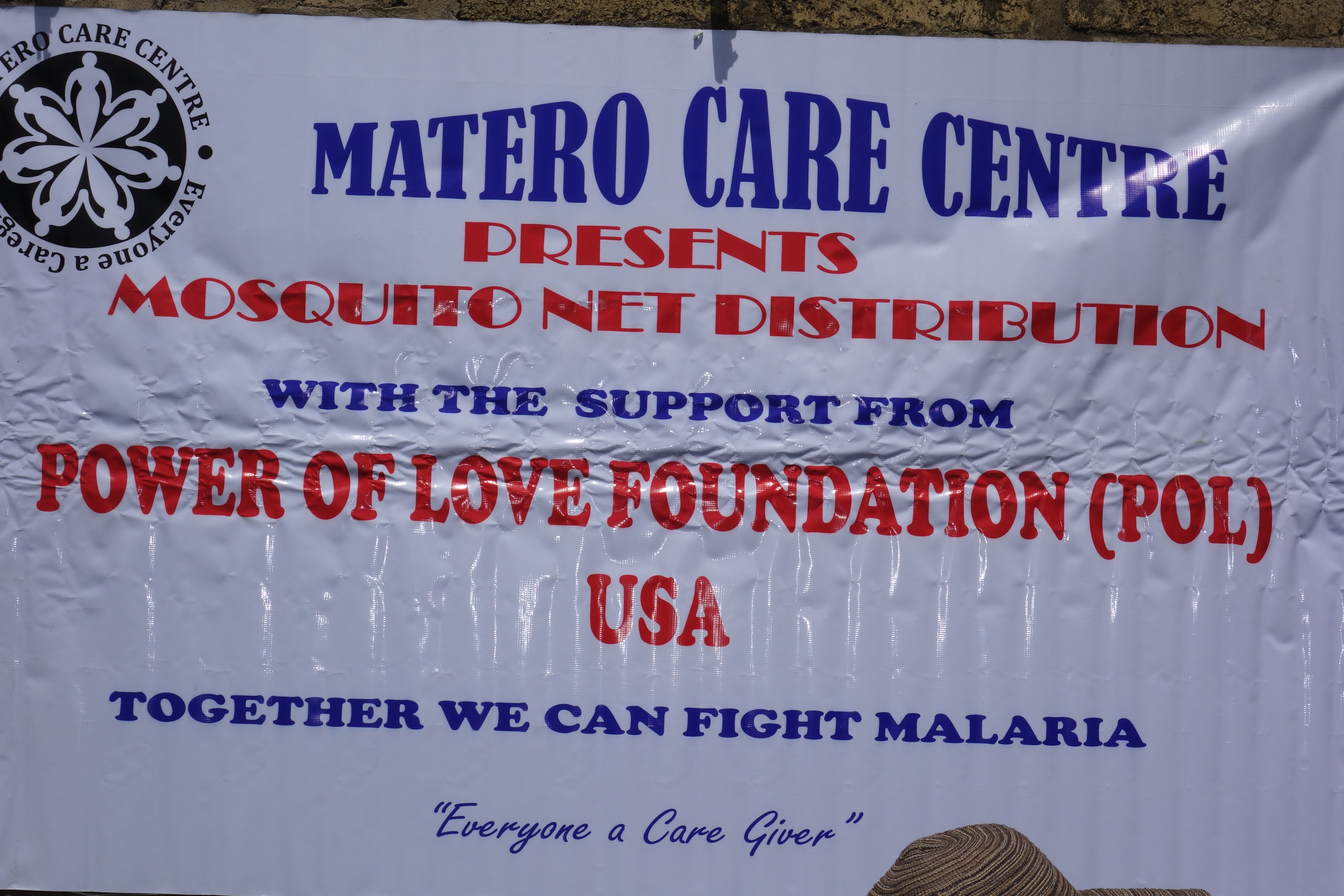 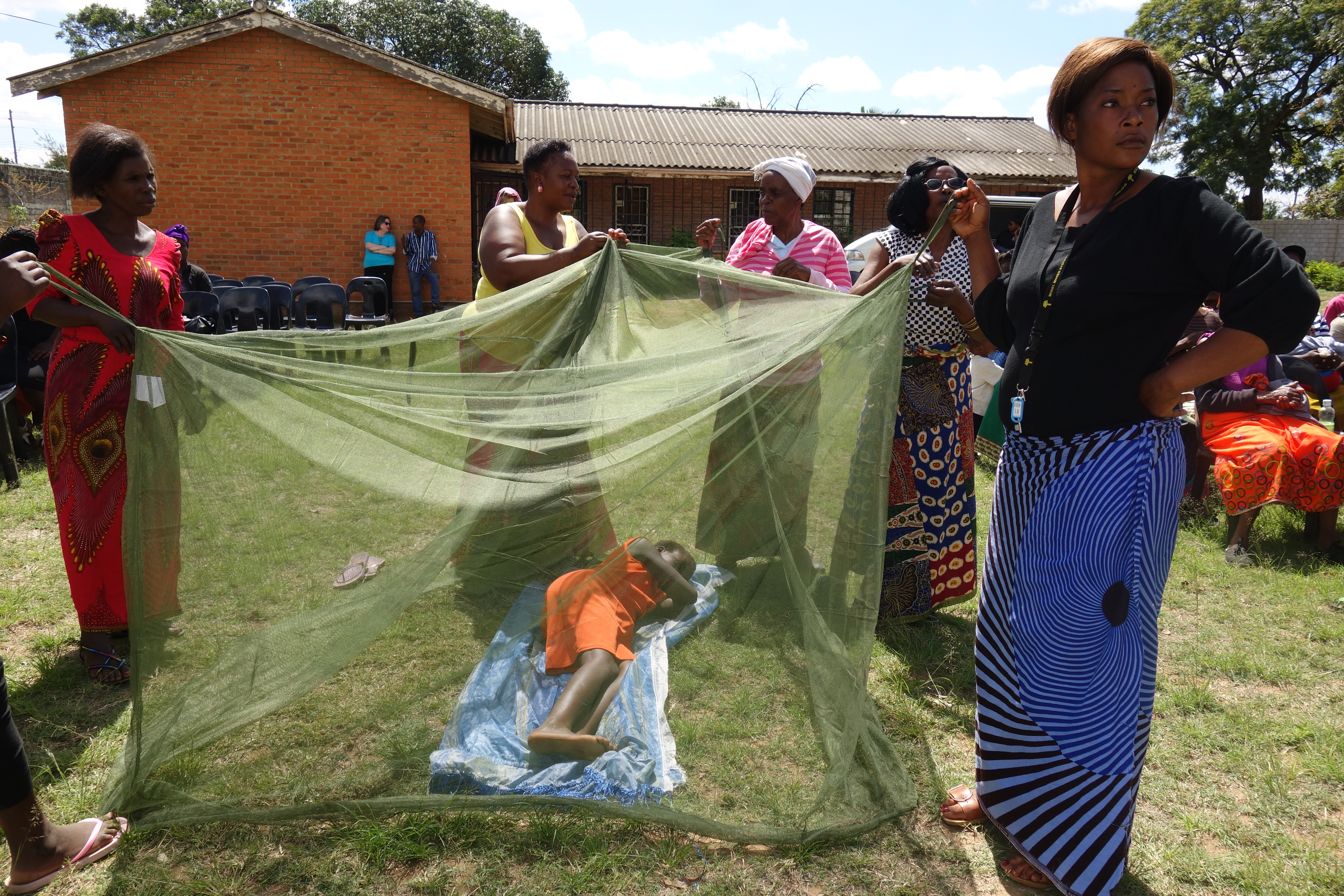 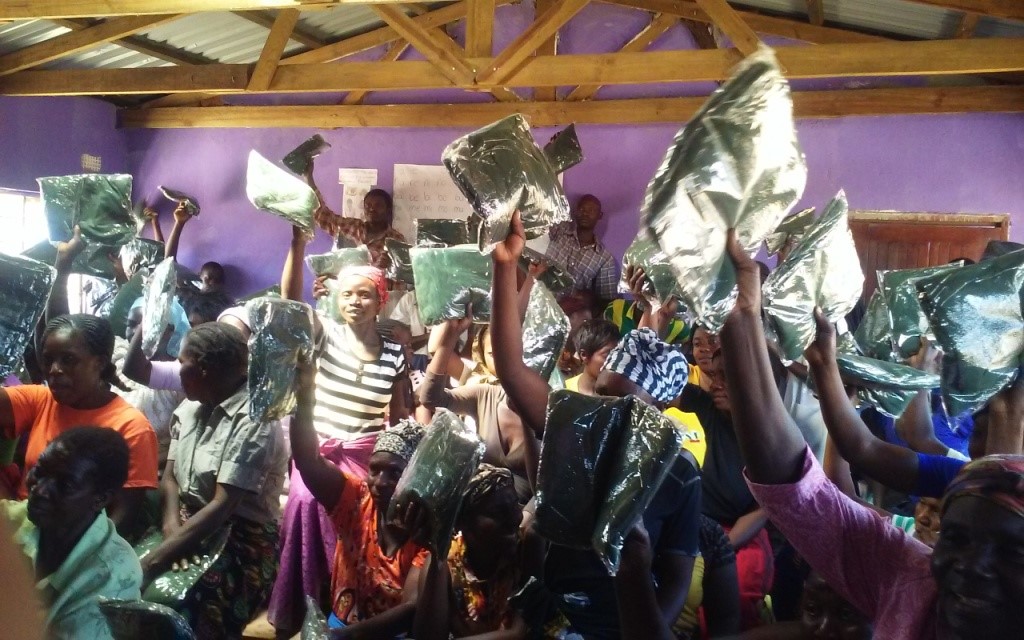